You're all wrong about the torture issue 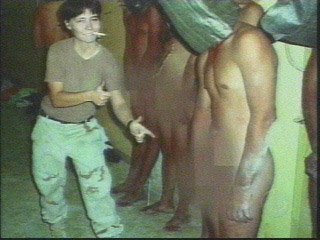 I was going to steer clear of the torture issue, but then I decided I had to weigh in, because you folks out there are getting both the facts and the significance dead wrong. Not one of you has the whole story right.

The facts about the torture are beyond dispute, and can be established using almost entirely Republican sources. Bush officials admitted we waterboarded people. Waterboarding is torture. The US code, the military code, the international agreements we've ratified, all with the approval of Republican administrations, all condemn torture. We punished agents of other governments for doing this stuff. Germany and Japan both. The Bush administration lawyers who recommended this action were so over the line that even senior Bush officials have said they should be disbarred. Former POW John McCain, the most recent standard-bearer of the Republican party, admitted that what Bush did was dead wrong, and in violation of the Geneva accords. Likewise the administration of Ronald Reagan – by no means an appeaser of terrorists (until 1986 anyway) -- caught four Texas cops waterboarding, and sent all four to prison.

Bush administration documents and testimony show that this was undertaken as the result of a deliberate, premeditated governmental policy. Bush himself said over and over that no one, not even Congress, was going to stop him from doing what he thought was right on national security issues, even if it was clearly illegal. And he kept that promise. Bush rejected accountability for the people who perpetrated these crimes on his behalf. To escape accountability, the Bush gang lied about their actions, and destroyed videotapes and other evidence, which was flagrantly illegal.

Bush’s FBI guys admitted that the torture policy did not prevent any attacks -- Cheney lied about that. All that crap about preventing an attack in LA -- that was a lie too. A senior CIA official under Bush said the same. There was no real urgency to justify the torture policy -- 180 torture sessions over a month shows there was no 24-style ticking bomb to worry about. The Bush gang also lied when they said it was the waterboarding that got the good data from Abu Zubaida.

According to Bush officials at the Pentagon, one army soldier who was ordered to take part in torture sessions refused, was punished for being too “sympathetic”, and committed suicide. The army destroyed the evidence, including the girl’s suicide note.

Bush officials at the Pentagon admitted that, in all, about 100 people died in our custody; at least one third were confirmed or suspected homicides. Beaten as a direct result of presidential policy. No due process, no nothing. And those are just the ones we know about: who knows what else the Bush gang lied about, or concealed?

Almost all of this came from Bush administration officials, and we’ve known about it since the investigations began almost six years ago. Scarborough is screeching that the Post reporter who wrote about the torture memos this year is responsible if we ever get hit with a 911 attack again, which is crap: neither Obama nor the Post girl revealed any “secrets” that we didn’t already know. And it’s funny how the Republicans didn’t throw this hissy fit about protecting our secrets when the Bush gang illegally leaked classified documents in an effort to destroy Valerie Plame’s career, in retaliation against her husband, who told the truth about...Iraq.

Can you imagine if a Democrat committed these crimes? They impeached Clinton over a blow job – what if Clinton had tortured people and lied about it? They launched a 300,000-man tax riot against Obama who had just lowered their taxes – what if the skeery black guy had tortured people?

And second, the significance.

You would think that after the first detainee was beaten to death, or the second, or the tenth, or the twentieth, all without revealing anything of value, perhaps they would call a halt and say “hmm, maybe we shouldn’t be doing this.” But they had a desperate need to beat these guys up. A senior Bush official admitted that the urgency with respect to the torture had nothing to do with imminent attacks. It was all about Bush's need to "prove" his lies about Saddam being linked to 911 and nuclear weapons, in time for the 2002 midterm elections. As we know, the GOP was down 49 to 51 in the Senate and was desperate to get the Senate back. They failed to beat any Iraq lies out of their prisoners, so they just made the lies up, and this helped them to take back the Senate, by picking up two Senate seats.

The Bush gang wanted to win an election dishonestly; and they beat innocent people, sometimes to death, hoping someone could be coerced to lie about Iraq.

This is the same bunch of criminals who sent goon squads down to Florida less than two years earlier, in late 2000, to threaten the election officials who were counting the votes, to frighten them into stopping the vote count. Meanwhile their political masters went out into the streets of America, the citadel of democracy, to scream, day after day, “DON’T COUNT THE VOTES!” So they broke the law to steal two consecutive elections, and then broke the law again to win in 2004 by illegally disenfranchising Democratic voters in Ohio.

The lesson here is not about torture, or the Geneva Convention, or the U.S. Code, or imminent terror attacks. The lesson here is that the GOP has become a gang of thugs who were willing to commit any crime, up to and including murder, to steal the 2002 election. Not even a presidential election – a midterm!

This makes all of the other Republican scumbag tactics easier to understand: people who don’t flinch at beatings and murder would have no problem spending millions of dollars smearing John Kerry as a traitor, for example, or launching other Atwater-style attacks.

This reminds me of a scene from one of my favourite movies, The Godfather. Michael Corleone is talking to his girlfriend, Kay, defending his decision to take over his father’s crime business. He says his father is like any other powerful man – a senator, a governor. Kay says he’s being naive – senators and governors don’t have people killed. Michael says “Who’s being naive, Kay?”

The same issue also came up when the Post was investigating Watergate during the 1972 election. Woodward and Bernstein discovered the truly vile and illegal things the GOP did to try to steal that election, with guys like Colson and Liddy talking openly about murders and bombings on behalf of a sitting president. So the two reporters, possibly thinking about the assassination attempt that took George Wallace out of the race that summer, asked each other whether the Republicans were capable of “the ultimate dirty trick” – murder on behalf of a Republican president, to win an election.

I think we have our answer.

And now who stands between the Republicans and an attempt to retake the Oval Office? The black guy in the White House.

Meanwhile GOP loons like Michelle Bachman are howling about secession and armed revolution, whipping up hate against That Man. The number of U.S. hate groups is skyrocketing – around a thousand of them now -- openly advocating “lone wolves” taking matters into their own hands., with a particular emphasis on Obama’s skin color.

Whatever they’re paying those Secret Service guys, it isn’t enough.

Do you realize that if the Justice Department used the RICO criminal racketeering act against the Republican party, they could put half the Bush administration in jail?

Obama won’t. But he could if he wanted. If we hold the Republicans to the same standard which they themselves tried to impose on Clinton, they would all be in prison orange.