This is why the GOP needs a leader, and fast

Political Wire reports that if the 2012 election were held today, Obama would have a sizeable edge over a generic Republican candidate, by 11 points.

There are a number of reasons why this is bad for the GOP. First of all, 11 points is a serious butt-kicking: worse than Reagan's 44-state whupping of Carter, and significantly worse than Bush 41's thrashing of Dukakis.

Second of all, the numbers can only get even worse, once the word "generic" is taken out, and an actual name is put in. Which potential GOP candidate would be able to outperform "generic"? Romney, who was exposed as a serious flipflopper and crushed within the first few weeks of the 2008 primary season? Palin, with more baggage than Louis Vuitton? Jindal, who made himself a national laughingstock? Could Obama win by more than 11?


The only difference between a religion and a cult, is that the religion has a bigger parking lot out front. Religions and cults are all based on delusions, some harmful, others just silly. The only difference is in the size, and the social and political clout they wield. The GOP is a religion that is shrinking down to cult status. A small group of fanatical believers, grasping tightly to their delusions, cutting themselves off from reality more and more, associating only with each other more and more, viciously purging anyone who questions their dogma, clinging to the few high priests they have left – Fox, Rush, Breitbart, Newsmax and so forth.

The GOP has become a regional party, with strongholds in the south and the yahoo west. They have almost no presence in the mid-Atlantic, the Pacific states, the northeast, or the Midwest, where Bush tried and failed in 2004. They have no strategy for becoming a fifty-state party again.

In forty House districts they fielded no candidate at all, and in 120 others they lost by forty points or more. Seats that are won by gigantic margins are cheap to defend, so the Dems can put their money elsewhere, and redistricting will make things even harder for the GOP. A majority of the House is held by Democrats who won their seats by 15 points or more, so taking the House back is a long, long way off.

The GOP can no longer count on evangelicals to carry them to victory. McCain won many more evangelicals than Bush did in 2004, but the non-evangelical religious voters shifted to the Democratic ticket in 2008; they decided that economic issues were more important than the social issues. Meanwhile the religious movement itself is shrinking, splitting in a hundred different directions, becoming less intolerant; declining marriage rates also mean fewer church families. But on the other side, rightwing attitudes are hardening: for example, a group of conservative Episcopalians is angry that U.S. Episcopalians and Canadian Anglicans aren’t sufficiently hardline, and they plan to split off and form a church that is even further to the right than the Episcopal/Anglican church; gay marriage is a key issue. Most importantly, the issues that energize evangelicals turn off moderates. And this is a critical issue: the GOP is unlikely to nominate a pro-choice candidate, and the moderates and centrists who pick all the presidents are unlikely to elect a pro-life candidate.

The immigration battle hurt the GOP among Hispanics from coast to coast. They blocked sensible immigration reform and appealed to the red-meat conservative base with rhetoric that was xenophobic. Hispanics apparently they have no place in the "center-right America" of Republican fantasy.

Obama did amazingly well among the under-45-year-old set – the electorate of the future -- in Georgia, South Carolina and Texas, which is sure to set off alarm bells at the RNC. Now that Obama has won the youth vote across the whole country, they will stay in the Democratic column election after election after election. And raise their kids as Democrats. The McCain, contrariwise, won one group, old whites – the group which will die soonest.

Even the dead-white-male vote is in jeopardy: more Nashville musicians donated to Obama than McCain. 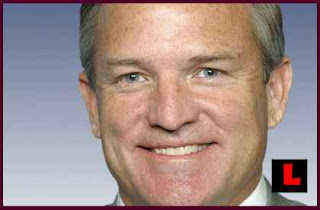 One of the political websites has an extraordinary map which shows which parts of the country became more Democratic in this election, and which areas became less Democratic. The map shows that almost the entire country became more Democratic, except a long streak extending eastward from Memphis into Tennessee, Alabama and West Virginia, and westward from Memphis into Arkansas, Louisiana, Texas and Oklahoma. You know, the white power meth-lab NASCAR yahoos who just don’t like black folks. Obama actually got fewer of their votes than Kerry did. 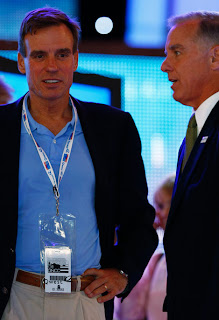 But in 2016 we won’t have a black guy running for President. The Democrats will pick some southern white boy like Mark Warner, perhaps with a running mate like Chet Edwards of Texas, Stetson and all. Warner will be running on Obama’s solid eight-year record of performance in the White House, and he will take all of the Obama states with their 365 electoral votes, as well as some states in yahoo country. He will take away the Republican party’s last stronghold, the South, which gave McCain all but 49 of his electoral votes. And that will be the end of the GOP.

The forgotten architect of Obama’s victory was Howard Dean.

He came out in 2004 and said we should be proud to be Democrats, and we should fight in all fifty states. Everybody laughed. But by summer 2008, there was no state Obama could not have competed in. Perhaps not winning, but competing, and building up the local party for the next time.

Labels: GOP lost in the wilderness