Cleaning up the elephant poop 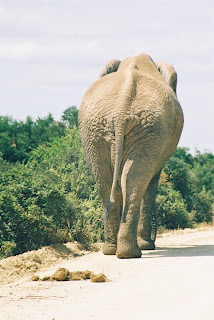 Now that Bush is out of town, the Democrats are dismantling the wall of silence which the Bush crime family used to conceal their reign of terror. And finding...OMG!

From the Red Cross review of the torture techniques Bush and Cheney used on their detainees: solitary confinement, suffocation by water, beating and kicking, confinement in a box, prolonged nudity, forced shaving, sleep deprivation and use of loud music, exposure to cold temperature/cold water, threats, deprivation of solid food. These techniques go even further than the techniques we hanged Gestapo officers for using, during WWII.

Seemingly we discover more evidence of Bush’s crimes and follies daily. The Bush gang completely screwed up the evidence-handling for Guantanamo cases. Bush’s Homeland Security Secretary, Tom Ridge, finally admitted that Bush had been wrong all along, and that they should have given terror suspects due process. The Justice Department ethics office is now investigating the lawyers who told Bush that waterboarding was okay; they could be sanctioned, disbarred or even indicted. The Obama team went to federal court to toss out Bush’s definition of “enemy combatants”. Senator Leahy will make official his quest to set up an investigation of the many crimes of the Bush administration, a quest which has popular support, according to the polls. An inquiry into war crimes is coming. Rove has been subpoenaed and could go to jail.

Obama also made Bush look like a fool by comparison, on the China issue. China knocked one of our planes out of the sky in 2001, and took the crew hostage; Bush apologized. Eight years later China harassed an unarmed U.S. ship and demanded that the US clear its vessels out of the area. Obama threw their “demands” in the trash and moved the U.S. Navy into the disputed waters. So we now have a foreign policy that actually goes beyond Iraq and Afghanistan.

Meanwhile, the UN just announced that Iran has enough uranium for a nuke; Bush declared them to be card-carrying members of the Axis Of Evil and then ignored them for seven years, while they were getting nuclear assistance from Putin, whom Bush trusts because he looked into Putin’s eyes and saw his soul. Heckuva job!

Happily, a huge number of Bush political appointees have failed to find jobs, in the disastrous economy they created; they’re even having trouble signing on with conservative think tanks. Service in the Bush administration is seen by employers as a black mark. And rightly so.


This is why Bush owes great thanks to...Nancy Pelosi, who took impeachment off the table.

There are many, many acts by Bush, regarding the war on terror, which would warrant impeachment, such as lying to Congress to start a war, blackmailing Congress into funding an unnecessary troop deployment, war crimes in Abu Ghuraib and Guantanamo, widespread fraud among contractors in Iraq, illegal wiretaps, illegal detentions, illegal overseas prisons, illegal torture, illegally concealing evidence from the court in detainee cases, criminal irresponsibility in wrecking the military which puts us at risk from our enemies, criminal incompetence in destroying America’s position on the world stage, the illegal use of diplomats to sell Bush propaganda, violating the Constitution with the Patriot Act, and keeping people behind bars even when proved innocent.

But there are even more grounds for impeachment, which have nothing to do with the war on terror, such as subverting the U.S. justice system by making it into a weapon with which to attack political enemies, firing U.S. attorney for political reasons, the illegal exposure of Valerie Plame, the illegal signing statements which unconstitutionally infringe upon congressional power, illegally defying subpoenas, illegally destroying emails and other records in violation of a court order, criminal incompetence in FEMA and the Department of Homeland Security, illegally risking American lives by muzzling the surgeon general and emasculating the EPA, criminally putting children at risk by concealing information about the risks of baby formula under pressure from lobbyists, violating the Constitution by targeting a Democratic governor with bogus indictments, illegally bypassing Congress with executive orders and administrative actions, putting the U.S. government into bankruptcy, impeding the surgeon general from giving American life-saving information, sending thugs to disrupt officials from counting votes while screaming “don’t count the votes!”, and trying to convert the Vice Presidency into a fourth branch of government with no oversight.

Saving Bush's bacon is a pork project indeed. I still can't figure that one out. Was she worried that going after Bush would cast him as an underdog and create a certain sympathy for him that would hurt the Democrats in the (then) next election? Or did they cut a deal over something that we have no inkling of?

She remembers vividly how the Clinton impeachment backfired. And impeachment wouldn't have hurt Bush more than he's been hurt already -- for the last two years his approvals were 30-ish, and they will never rise again. This way, she gets to play non-partisan.