She was mostly talking about gay/lesbian issues, but the problem is much larger.
The GOP will have a civil war – with no guarantee it will end happily, or end at all.

For twenty years the leadership of the GOP has deliberately tried to destroy moderates and centrists in both parties, from Clinton to Jim Jeffords, to make the political center a scorched no-man’s-land. The aim was to force America to choose between the far right and the far left, in the hope that America would always choose the far right. They steered the national debate toward wedge issues and so forth. They tried to drive Obama, or at least Obama’s image, way to the left, screaming “socialist” at him for months.

Conservatives had their big powwow in Virginia to discuss the future of the GOP. They determined that the GOP lost the election because they didn’t stick to their far-right principles. They refuse to believe that Palin drove some voters away from the GOP. They were actually glad that some moderate Republicans lost. They declared that the moderate wing of the GOP is dead: they will not tolerate candidates who are “squishy” on conservative principles and will turn their backs on moderates. They will only support people who want fiscal restraint (i.e. Bush’s tax cuts), opposition to abortion, tough border security and a strong national defense. Others like Michael Reagan have echoed the sentiment: the moderates are not real Republicans, and they betrayed the cause.

The party moderates want desperately to send the backward racist loons on their march, behind T. Rex and the dodo, on the path to extinction. They want them stuffed, mounted, and displayed in the Smithsonian along with their intellectual equals in the Cro-Magnon family. They know that the GOP can only win national elections by expanding their numbers with centrists and independents. But how do they do it? The rightwing loons run the party regardless of who is chosen as RNC chair, and they control the congressional caucuses, the donors, the think tanks. By driving the less-hardy moderates out of the tent, they have improved their numerical advantage over the moderates, ensuring that the centrists can neither take over the party power structure, nor win any battles on issues, nor recruit more moderates into the party to expand the numbers of the centrists. Seldom have the GOP moderates even won a hearing, let alone a battle, on Capitol Hill, or anywhere else – the far right even forced McCain to go to the right for his VP pick, leading to the fatal choice of Palin. All they can hope for, is for younger voters to push aside the hardliners in the next decade or two.

Up and coming Republican leaders – candidates for the RNC chair and presidential candidates – have been trying to have their cake and eat it too. We embrace both tradition and reform, we want both the right and the center, etc. McCain tried that and failed.

Meanwhile, there is also growing friction among the three philosophical branches of the GOP: the fiscal conservatives, social conservatives and neocons; all three have had their credos re 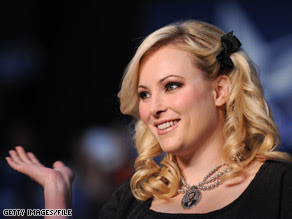 jected by voters, who don’t want deficits, deregulation, multiple wars, or bans on abortion or civil unions. Following the 2008 disaster, the factions are blaming each other for the losses, just when they need to reunite to draft a plan for regaining power. Some want the fiscals to win: they have the advantage of having one clear leader – Romney, who could split the evangelical vote in Iowa – and they are the only faction which can craft an appealing message for independents. There is a fair chance that the fiscal conservatives will win, bringing the neocons to heel and nudging the culture warriors to pick their fights at the local level. With poll after poll saying the American people are focused on the economy, it would be reasonable to expect the fiscal conservatives (and Romney) to come out on top.